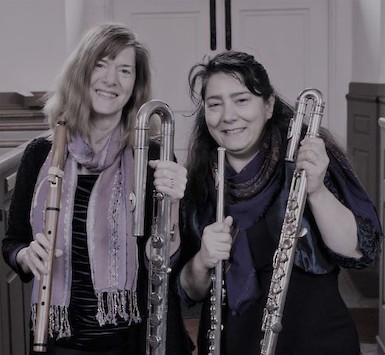 2Flutes brings together flutists Laura Falzon and Pamela Sklar, who between them have performed an eclectic repertoire ranging from Classical works to rock, pop, folk and jazz, with performances throughout the USA, Canada, Europe, Morocco, India and Japan. Both acclaimed soloists in their own right, Falzon has been described as “fearless in tackling and promoting” challenging new works by the British Flute Society’s PAN magazine, while Sklar has been called “ A master of control and dynamics...rich, pure sound” by the Boston Globe.